Choose the correct option and write your answer in the comment section. 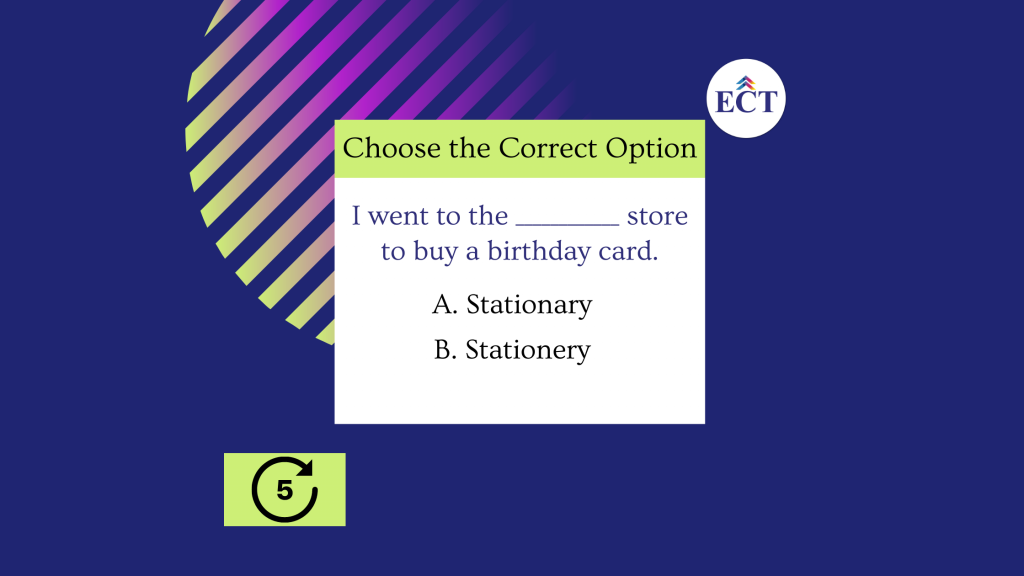 Stationary describes things, persons or objects which are fixed or not moving.

Stationery is a noun that describes items that are made of papers such as cards, envelops, office items etc.

On a lighter note, if you made a mistake or didn’t know the correct usage of “stationary vs stationery” then don’t worry. Look the headline of the following article from Forbes and notice the mistake:

Stationary – a stands for “at rest”

Stationery – e stands for “envelope” (made by paper).