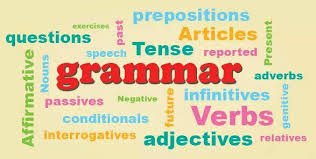 Sentences: “Make it simple but authentic.”

Writing a simple sentence to convey an idea can be difficult. But, with a thorough understanding of English grammar, one can write crisp & concise statements. At first, let us see what the content holds in further sections

Watch the following video to quickly go through Parts of Speech

What is a sentence?

Examples of a sentence:

Simply put, Parts of Speech is the way a word is used in a sentence. It is like the ingredient of a sentence. For instance, read the following sentences:


The above sentence is made up of four parts of speech viz. Noun, Verb, Adjective, and an Object.


This statement is again made up of four parts of speech, viz. Pronoun, Verb, Adjective, and an Object.
As you can see, both the sentences have a Subject (Noun/Pronoun), a Verb, and an Object.

Subject + Verb + Object (SVO) is the basic requirement of any sentence.

Following are the parts of speech in English grammar:

Example of every type of noun:

Verbs: These words are used to describe action in a sentence. There are mainly two types of verbs- Action verbs and Linking verbs.

‘Be’ verbs act as linking verbs and it aims to level out the sentence like an equal sign. Following are eight ‘be’ verbs: be, being, been, was, were, is, am, are.

Fun Fact: There are hundreds of different action verbs.

Pronouns are used to avoid awkward repetitions of the same noun. Let’s see what happens when pronouns are added in a sentence.

* Use of the word “it” stands in for “car” to make the sentence less tiresome.

Adjective: These are the words that describe or modify ‘nouns’ and ‘pronouns’. If someone says a car has been modified, you know it has been enhanced or dressed up.
In relation to nouns, adjectives usually describe ‘which one’, ‘how many’, or ‘what kind.’

Following Order of Adjectives is the reason why sentences are written in a particular order.

Fun Fact: Adjectives may be expressed in degrees of modification (for e.g., rich, richer, richest).

Adverbs: Adverbs are kind of like adjectives in that they modify or describe another word, but they modify verbs, adjectives, and other adverbs. Adverbs answer the following questions:

There are five types of Adverbs.

Following Order of Adverbs is the reason why sentences are written in a particular order.

Fun Fact: Viewpoint adverb is associated with an adjective and comes only after a noun

Prepositions: They describe the ‘position’ or ‘relationship’ between words and ideas in a sentence. Prepositions are always followed by nouns. This combination is called a prepositional phrase.

Following is the list of common prepositions. Notice how most of these prepositions indicate position in time or space.

The coordinating conjunctions are for, and, nor, but, or, yet, so.

For example,
Conjunction: She left her coat, for it was very hot outside.
Preposition: I waited in the lobby for two hours.

Following are some of the most commonly used subordinate conjunctions:

Fun Fact: When a sentence begins with a subordinating conjunction, a comma is used where the first clause ends. E.g. Because I just ate a huge meal, I cannot go swimming.

Interjections: Interjections express surprise, concern, or other strong emotions. They stand alone or usually come at the beginning of sentences. Interjections should not be used much, if at all, in formal writing.

Example: Wow! This is a beautiful house.
Great! I guess that’s the way it works.