3 Apostrophe Rules to Add Sense to Your Writing 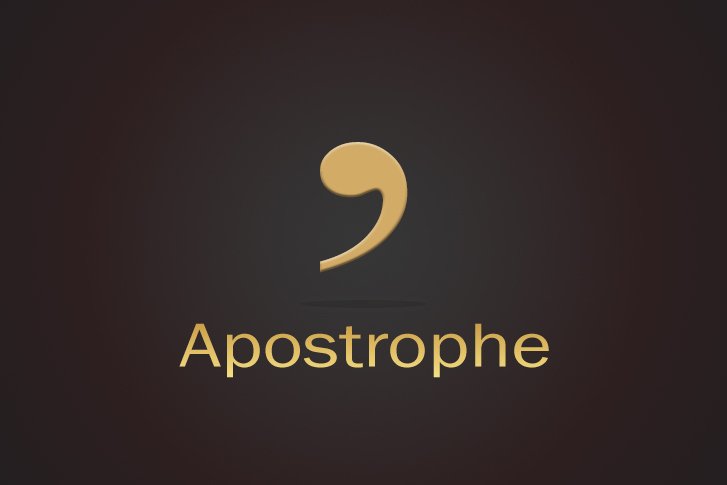 Did you realize that the first word in the first sentence… is grammatically incorrect?

Don’t worry if your answer is No.

A vast majority of people all across the world are like you, intentionally ignorant or unintentionally unaware of the right apostrophe rules.

Just in case you could spot the mistake, Congrats!

It means you have a good grammar knowledge, enabling you to spot those unnoticeable apostrophe errors which are commonly overlooked by many.

In spite of their varied use, ‘apostrophe’ is one of the most misused, misinterpreted and underestimated member of the punctuation family.

Check out the sites below and see how common it is for people to make disastrous apostrophe blunders.

Luckily, not everyone ignores and underestimates the importance of this punctuation mark.

There is an ‘Apostrophe Protection Society’ in the UK which is wholly dedicated to preserving the correct use of the apostrophe.

Thanks to David Marsh, the production editor of Guardian, we even have an International Apostrophe Day, observed every year on August 15!

So, if you have realized by now that ‘Apostrophes need Attention,’ below are the major do’s and don’ts regarding apostrophe use.

Read, understand and implement them carefully to protect your attractive sentences from turning into something nonsensical. As shown below, a single grammar mistake can destroy an excellent advertisement. 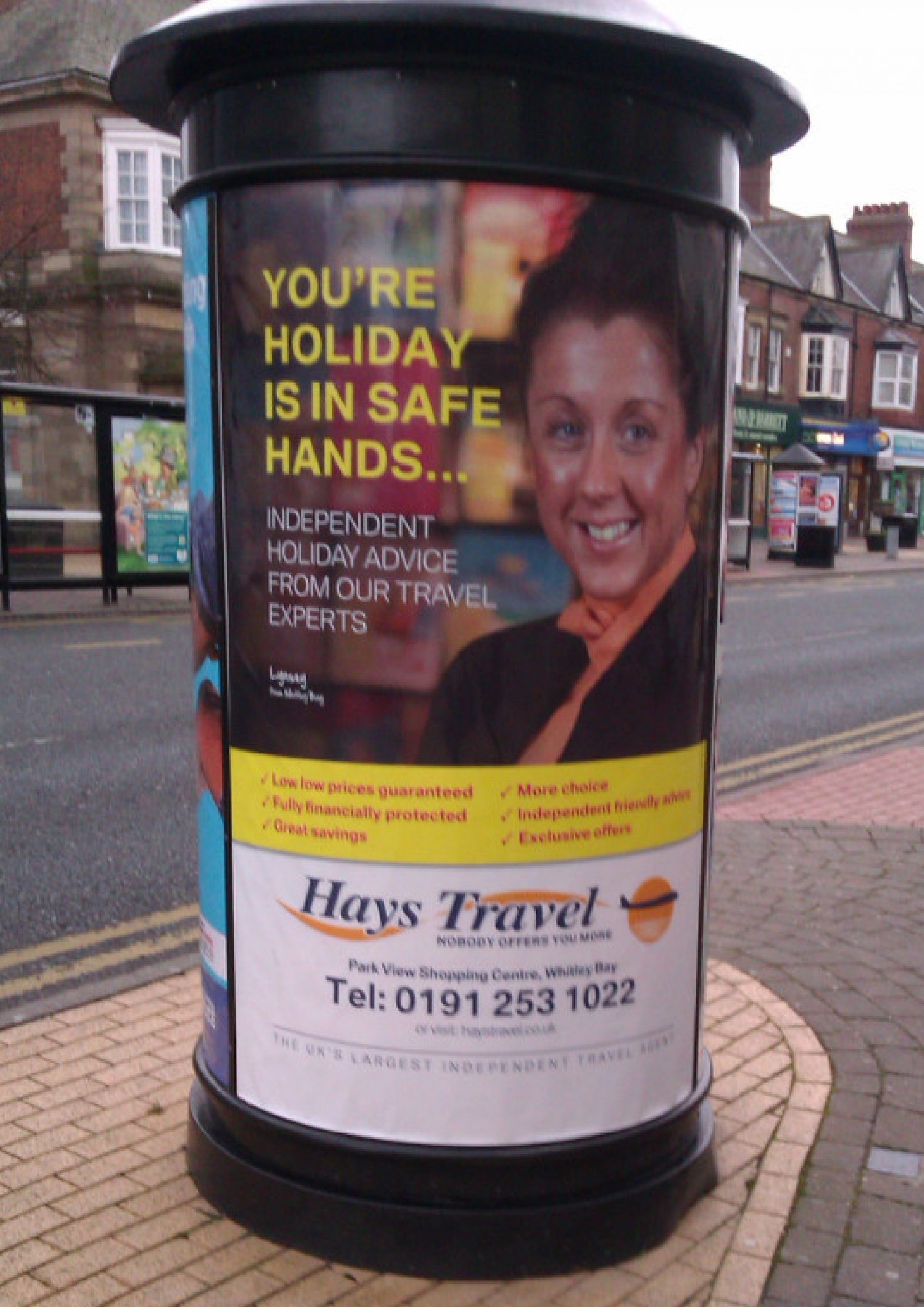 1.Use Apostrophe for Indicating Possession

Possessives are one of the most common terms that use an apostrophe. There are three different ways of using an apostrophe to indicate possession.

A. For implying possession by a singular person/thing, use an apostrophe, followed by an added S, i.e.(‘s)

As noted in the last example, even if the singular name ends with an s (Ross/Tess), it is still proper to add ‘s,’ followed by an apostrophe to indicate possession.

Therefore, whenever there is a singular noun (subject) which possesses another noun, “s & apostrophe” is used, irrespective of whether the subject ends with an s or not.

B. For implying possession by a plural person/thing which doesn’t end with s , use an apostrophe, followed by an s, i.e. (‘s).

C. For implying possession by a plural person/thing which ends with ‘s’, use an apostrophe after the s.

Example: My parents’ cheque book, the students’  project. Therefore, there is no need to add ‘s’ after a possessive plural noun, which already ends with an ‘s’.

2.Use Apostrophe for Indicating Contraction

Regarding contractions, there is just one apostrophe rule. When two words are combined to make a contraction, some letters are taken out, and in its place, an apostrophe is put. 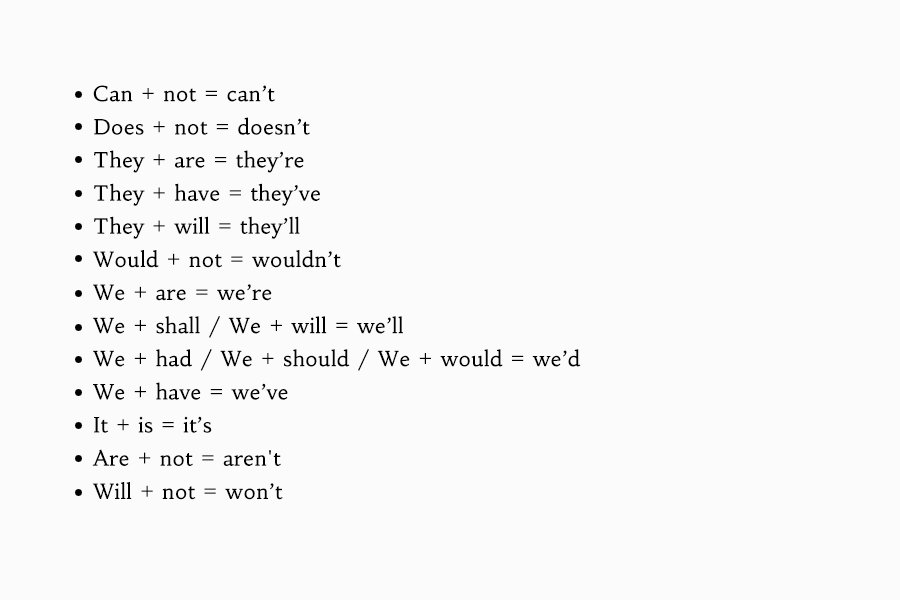 In simple terms, when two words are squeezed together, one or more letters pop out, and that space is filled by an apostrophe. Check all the above examples, and you will find the apostrophe being place where the original letters are missing. The only exception to this rule is won’t (will + not).

3.Use Apostrophes for Avoiding Confusion

Though not frequently, this rule is used when certain words/letters have to be shown as plural. For instance, check the sentences written below and see if they make sense? 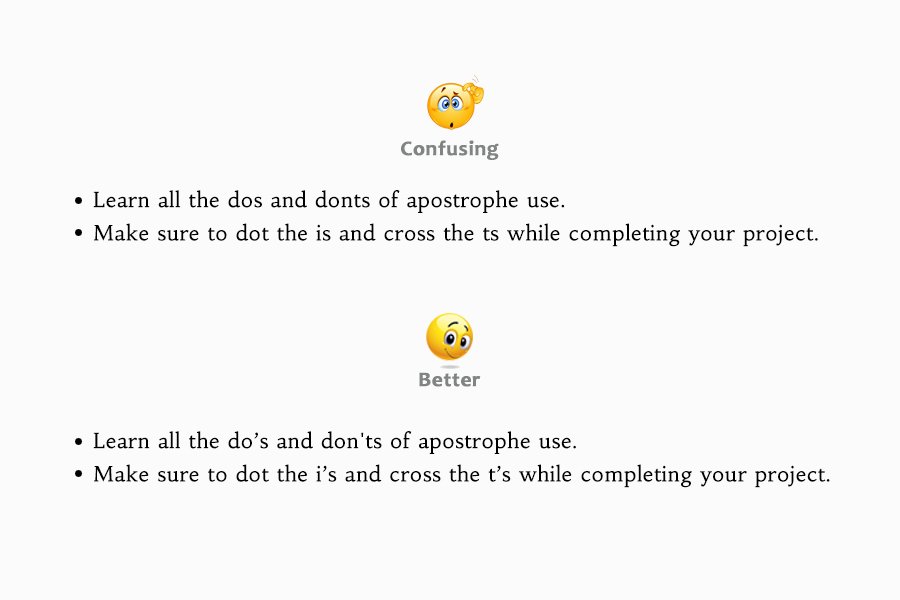 Other possessive pronouns: hers, its, ours

Note: A very common mistake made by people is to use it’s as a possessive pronoun.

For instance, “It’s radiance is brilliant” is incorrect. Since ‘its’ is being used as a possessive pronoun, it should be ‘its’, not ‘it’s’.

APOSTROPHE RULES IN A NUTSHELL 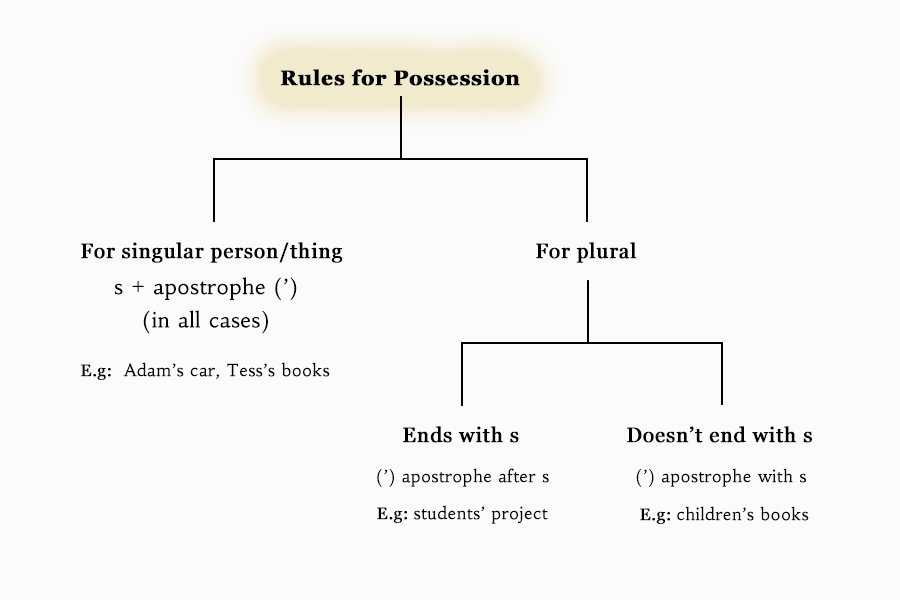